Tough Mudder Ambassador Natalie Starkey shares her story on why she took up wild water swimming, and why you should give it a go.

What attracted you to wild swimming?

I have always been fond of the outdoors and have had a love of the water since 2004 when I first began kayaking with school. I have always enjoyed the swimming parts of OCR and even took on Red Bull’s Neptune’s Steps in 2018. Being an avid swimmer in pools and a former club swimmer I’ve been drawn to the water since I was young. In summer 2020 a colleague introduced me to a lake where she swims due to pools being closed over lockdown. This became my alternative pool and a regular weekly session alongside her swimming buddies. 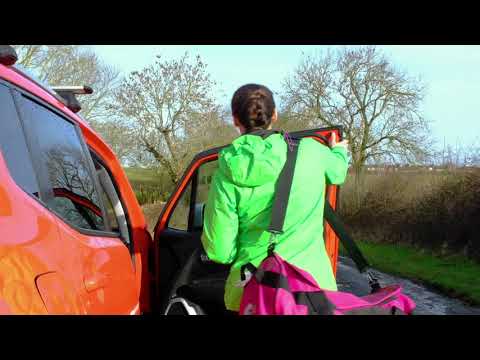 What are main benefits of wild swimming?

Firstly it’s the exhilaration. Getting into the cold water may seem a bit daunting at first but with the correct training to manage your breathing and to relax, the endorphins hit you and the sense of euphoria. When you find such a quiet and tranquil spot to swim in with crystal clear water, it only adds to the experience for you to clear your head and be transformed into a different world of peace.

Natalie, along with 5 other friends, is part of the Froghall Frogs which was officially formed last year as a wellbeing group who swim in a lake on one of the members property at Foxtwood Holiday Cottages in Froghall, Staffordshire.

What is the Polar Bear Challenge?

The Polar Bear Challenge was completed in previous years by a couple of the Froghall Frogs and this year we all got involved as part of a worthy cause. Two children known by members of the group have both been affected by cancer so collectively we are raising money for Children’s Cancer and Leukaemia Group (CCLG). The Polar Bear Challenge is an annual global event consisting of different levels to suit wild swimmers abilities. We have been completing the Gold level which is completed between November and March, where you have to swim a minimum of two 250 metre swims twice a month in addition to accumulating 5000 metres in total over the 5 months only in your swimming costume and cap! Once complete you receive a medal, certificate and other various goodies. A proportion of the entry fees this year have gone towards The Woodlands Trust, The Cornish Seal Sanctuary, Yorkshire Wildlife Park and The Scottish Highlands Wildlife Park. As a group we have managed to successfully raise over £2000 to support the CCLG.

Natalie became a Tough Mudder Ambassador for the UK in 2017 and for Ireland since 2020, she received her 100x headband in Ireland in 2019.

Fancy taking on a challenge of your own? Our Milestone Challenges incorporate biking, running, walking and elevation.